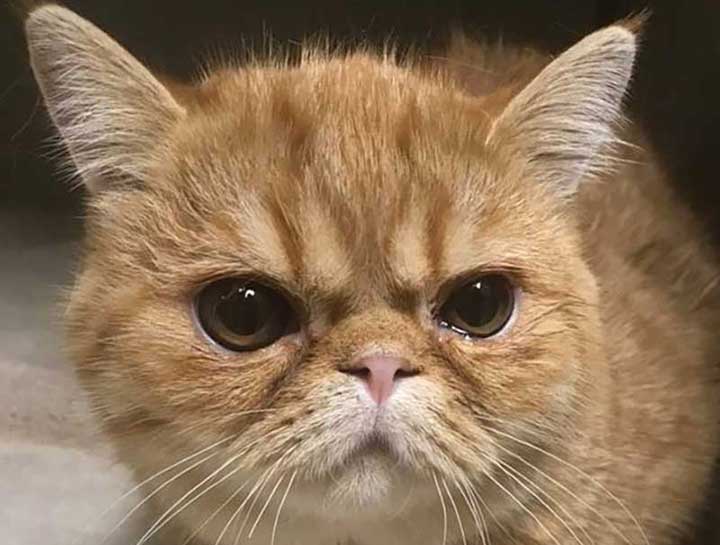 Feline Immunodeficiency Virus (FIV) is a virus specific to the cat family. It was first recognized in the mid 1980’s and it has been found in cats worldwide. Although widespread, it is not a common infection in cats. Only 1 – 5% of cats show evidence of exposure to the virus. In some cats exposure to the virus leads to clinical signs and symptoms that result in deficiency in the immune system. There are different strains of FIV and some seem more harmful than others.

My cat has tested “positive” for FIV. Does my cat have feline AIDS?

“Just being diagnosed with the FIV virus does not mean your cat has feline AIDS.”

Being FIV-positive is not the same as having feline AIDS. The FIV test (see below) detects antibodies that have been formed in the cat’s blood because of infection with the Feline Immunodeficiency Virus. “FIV-positive” means that your cat has been infected by the virus, but if it is not showing symptoms it may be years, if ever, before the cat develops the clinical signs referred to as Feline AIDS (Acquired Immunodeficiency Syndrome of cats). Just being diagnosed with the FIV virus does not mean your cat has feline AIDS.

Is my family at risk?

Absolutely Not! Although HIV (Human Immunodeficiency Virus, the cause of AIDS in people) belongs to the same family of viruses as FIV, the two viruses infect different species – HIV infects only humans and FIV infects only cats. The viruses are very specific for the species and there is no risk of cross infection between the immunodeficiency viruses of cats and people.

Are other cats in the household likely to be already infected or to become infected?

Other cats in your household may already have been infected and should be tested. Spread between cats through normal social contact such as grooming is unlikely so the majority of your cats may be FIV-negative when tested. However, a cat that has FIV does present a risk to other cats.

How do cats get FIV?

Infected cats shed the virus mainly in their saliva. Naturally occurring transmission of an infection occurs when an infected cat that is actively shedding virus into the saliva bites another cat, directly inoculating its saliva through the bite wound. A susceptible cat can also become infected when other bodily fluids, particularly infected blood, enters the body. In this case, the infected blood may enter the cat’s body through a bite wound, or the cat may become infected by means of a blood transfusion. Experimentally, the virus may also be transmitted through semen, but it is not clear whether this means of transmission is responsible for any naturally occurring cases.

It is not surprising that many FIV-positive cats are known fighters, particularly those with a history of cat bite abscesses. Any cat bitten by a cat with an unknown medical history should be tested for FIV approximately two months after the bite.

“A cat bitten by a cat with an unknown medical history should be tested for FIV approximately two months after the bite.”

The FIV organism is not able to survive for very long outside of living cells. This is another reason that casual infection is uncommon. Kittens may become infected before, at, or soon after birth. In these cases, it is believed that the virus was transmitted across the uterus during pregnancy or through the queen’s (mother cat’s) milk during nursing. Around a quarter to a third of kittens born to an infected queen are likely to be infected themselves. Normal social interactions, such as grooming, appear to have a very low risk of transmitting FIV.

How is FIV diagnosed?

FIV is diagnosed through blood tests that detect antibodies to the virus. The most common screening test is called an ELISA test (Enzyme Linked Immunosorbent Assay). If this test is positive it means that the cat has produced antibodies to the virus, and it is likely that your cat has been and still is infected by the virus. False positive and negative results do occur for a variety of reasons. False positive results may occur if a cat has been vaccinated against FIV, since the antibody test does not differentiate between antibodies produced by the disease and vaccine-induced antibodies. Kittens born to an infected queen or female cat may receive “maternal antibodies” or antibodies to the virus that pass through the milk, giving a false positive test result. Kittens under four months of age that test positive should be re-tested when they are six months old, by which time any “maternal” antibodies will have disappeared. It can take up to eight weeks for a cat to develop antibodies to FIV, so a cat that has been recently infected with this virus may falsely test negative.

If a cat is diagnosed positive on the ELISA test, the results should be confirmed by retesting in 8 weeks (for young kittens) or by submitting blood samples for a more definitive “Western blot” or a PCR (Polymerase Chain Reaction) test.

Will my cat recover?

“It is not clear if all infected cats will become ill.”

As far as we know, once a cat is infected with FIV virus it will remain infected for the rest of its life, though it is not clear if all infected cats will become ill. It may be weeks, months or even years after initial infection with FIV before a cat will develop clinical signs of illness.

What type of disease does FIV cause?

FIV causes disease because it reduces the ability of the cat’s immune system to respond to other infections. Infections that would normally be overcome and cleared become prolonged, chronic or recurrent. This means that many of the clinical signs associated with FIV are due to other non-healing infections.

“Many of the clinical signs associated with FIV are due to other non-healing infections.”

Collectively the signs and symptoms seen as a consequence of FIV is sometimes called “Feline AIDS” or Acquired Immunodeficiency Disease of cats. Common clinical signs of FIV infection include:

Most of these signs are non-specific and many diseases can have a similar clinical picture. Any cat with persistent or recurrent illness or clinical signs should be tested for FIV, regardless of lifestyle.

Is there any treatment for FIV?

Secondary bacterial infections associated with feline AIDS can be effectively treated with antibiotics. Unfortunately, this is usually only temporary; new infections will continue to occur because of the suppressed immune system. Some cats have been treated with interferon or with human anti-HIV drugs such as AZT with limited success. Anecdotal reports suggest that Evening Primrose oil may be helpful, particularly in the earlier stages following infection.

Should I have my cat euthanized?

Generally this is not necessary until the late stages of disease. Like people with HIV, cats with FIV have a long period where they can appear healthy and show no clinical signs. This period may last for two to five years or perhaps even longer, during which your cat will have a normal, happy life.

How can I help my FIV-positive cat?

You can help your cat by ensuring it has a healthy lifestyle and feeding it a premium diet together with twice-yearly examinations and blood and urine tests to monitor immune status. Any infections should be treated promptly and aggressively.

“You can help your cat by ensuring it has a healthy lifestyle and feeding it a premium diet.”

The better the general health of the cat, then the longer the asymptomatic (no obvious disease) period tends to be. Keeping an FIV-infected cat indoors is mandatory for the health of the neighborhood cats, as well as reducing the likelihood that your cat will pick up infections from other cats.

How can I prevent my cat becoming infected and is there a vaccine?

As most cats become infected from bite wounds during fighting, the risk of FIV infection can be minimized by making sure your cat is neutered and, where possible, kept indoors. A vaccine against FIV has recently been released on the market. Discuss the risks and benefits of its use with your veterinarian to determine if this vaccine is appropriate for your cat.

One cat in my household is FIV-positive and the others are not. What should I do?

There are two options:

1.  Ideally, place the FIV-positive cat in a home with no other cats.

2.   As the risk of infection spreading to your other cats by social contact is low, you may choose to keep the FIV-positive cat as well as your other cats. In this case, the positive cat should have a separate feeding bowl from the other cats and food should not be left out for all cats to share.

This client information sheet is based on material written by: Ernest Ward, DVM © Copyright 2010 Lifelearn Inc. Used and/or modified with permission under license.